One of the nicer five-minute jobs, I had to replace the driver’s seatbelt as the original one had frayed pretty badly.  It’s enough to fail an MOT, so it was something fairly high on the list.  Luckily, I found a complete seatbelt assembly from another Primera at the local breakers and since I had the interior out anyway, I thought I might as well fit it sooner rather than later.  Here’s the original seatbelt, not in very good shape: 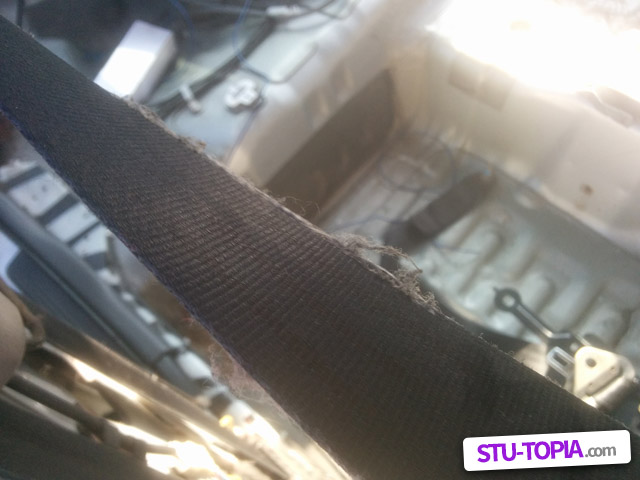 Removal of the old mechanism is fairly simple.  Remove the plastic cover from the top anchor with a plastic tool and remove the 17mm bolt.  The top part should come off, allowing you to remove both the top and bottom parts of the B-pillar plastic which hides the belt guide, held on by two 10mm bolts.  To remove the lower mechanism, there’s a 10mm bolt on the upper part, and a 17mm bolt at the bottom, which also secures the lower part of the belt to the chassis.  Disconnect the connector (I disconnected the battery first, to avoid any potential airbag lights showing), and then the whole assembly can be pulled out, ensuring you lower it downwards as part of it tucks up into the B-pillar.  Here’s the old assembly (left) next to the replacement (right): 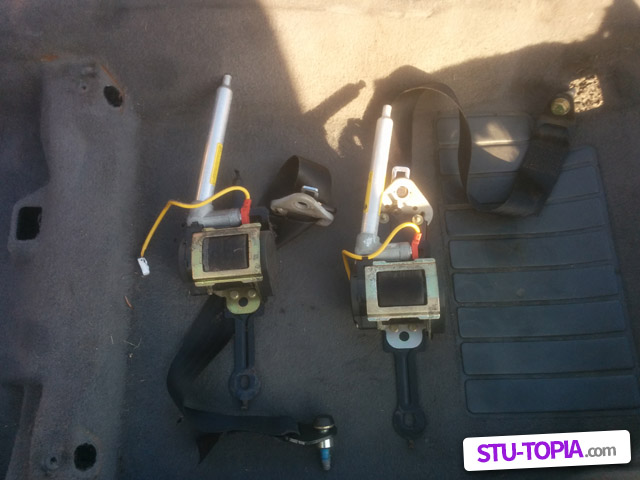 Refitting was basically just the reverse of removing it.  I did have to steal the 17mm bolt that secures the top anchor point from the old mechanism, and there was a slight difference in the design of the belt guide, which couldn’t be removed on the replacement.  Luckily it fit in the same mounting holes as the original, so no problems there. 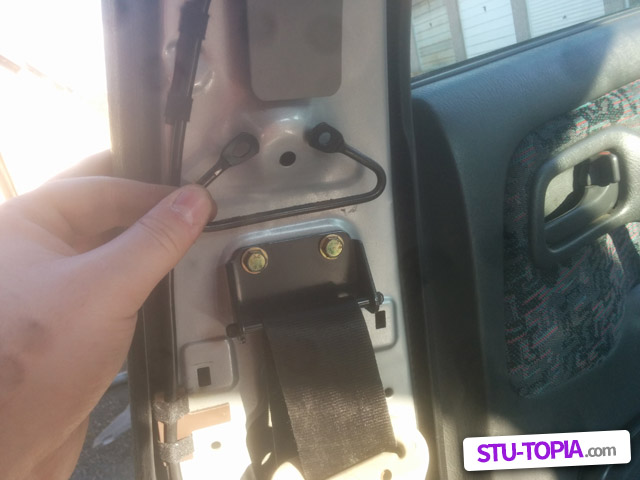 Finally I bolted in the bottom anchor and replaced the plastics. 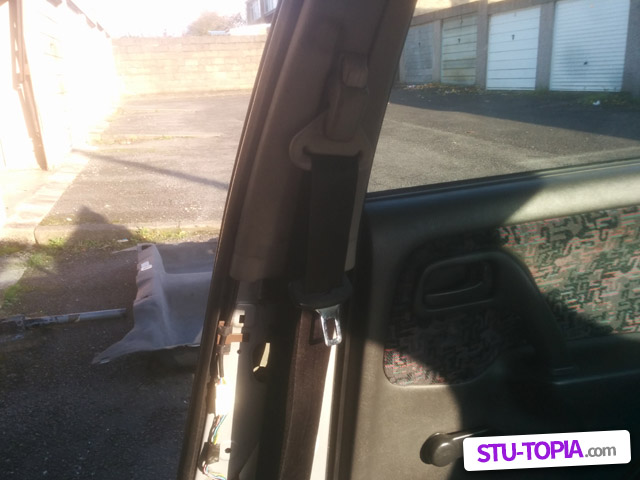