One of the problems with the car at the point of sale was the nearside rear door not opening.  It wouldn’t open from either the inside or outside, but I got £50 off the cost of the car, and I already had an idea on what the problem could be.  On most cars, the internal and external handles are connected to the door latching mechanism by a series of rods, which can sometimes disconnect from their joints.  I wasn’t quite sure why this would affect both inside and outside handles, unless the rods on both had fallen out of place.  I was hoping the latch hadn’t broken, as not only would it mean having to source the part to replace it, but also getting the door open to access the mechanism in the first place would be nearly impossible.

I had to remove the rear seat and take the door card off whilst the door was shut, very tricky to get a trim lever behind it even with the seal removed.  I got it off eventually and I noticed the interior handle rods were connected to the mechanism.  I was able to stick my hand inside the cavity, reach the mechanism and pop the door open.  Once opened, I noticed the child lock was switched on, which solved that mystery.

The reason it wouldn’t open from the outside was because the rod that connects the exterior door handle to the mechanism had popped out of its seat, so it was just hanging there from the handle inside the cavity.  I couldn’t get the rod back into the seat without taking the handle off to allow some more room. I had my friend take a look, and he disconnected the rod from the handle, then seated the rod into the latch, before reattaching the rod to the handle. Now the door opens from both the inside and outside. 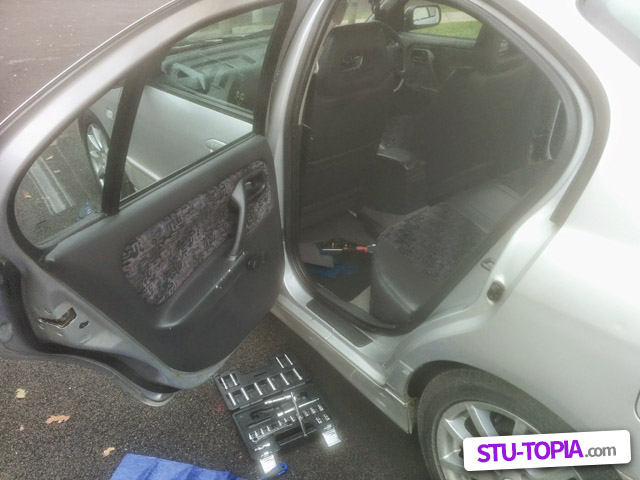